We highlight our alumni and celebrate our achievements. 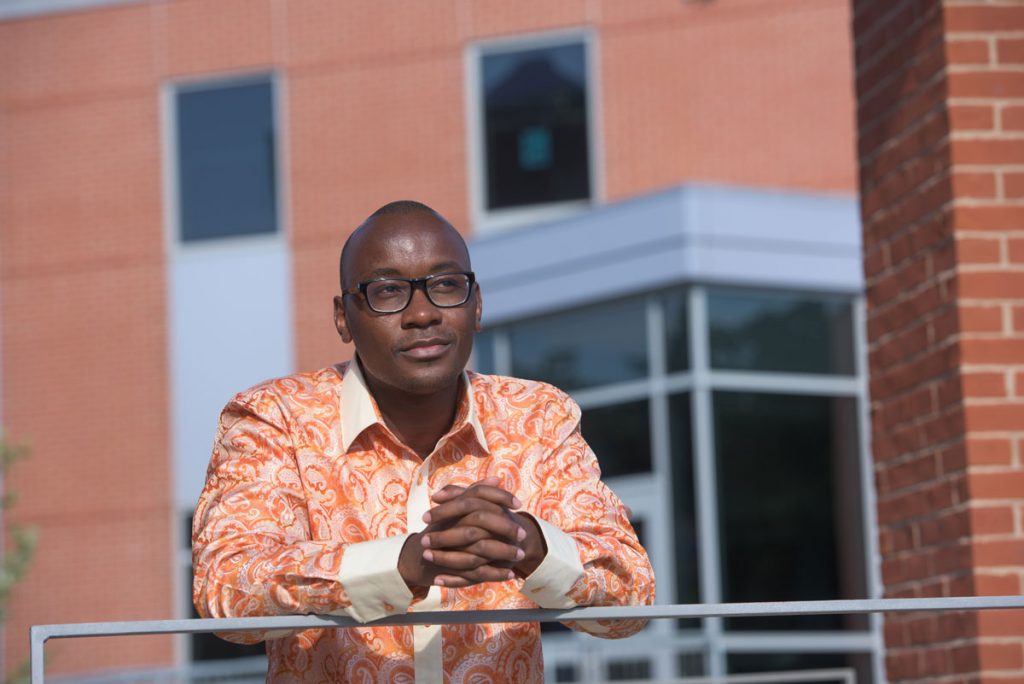 Powering through a diet of hot-cup ramen noodles and sleepless nights spent working at his kitchen table, Southern alumnus Mawano Kambeu, ’08, laid the foundation for what ultimately would be recognized by Harvard Business School’s Africa Business Club as the Best New Venture for 2015. “In Africa, it always seems you’re told what you cannot do. You need to stay positive and prove those people wrong,” says Kambeu, founder of the award-winning Dot Com Zambia, one of Africa’s fastest-growing ecommerce companies. The online service provides Zambians with a lifeline to merchandise from both local and international retailers (ranging from bus tickets to popular items from websites like eBay and Amazon.com) as well as fulfillment and shipping services.

Dot Com Zambia got its unofficial start in 2007 after Kambeu discovered that Amazon.com was not delivering U.S. goods to Zambia. Kambeu — who traveled between the two countries — would receive “shopping lists” from family and friends in Zambia, and would return to his homeland with multiple suitcases filled with the requested items. 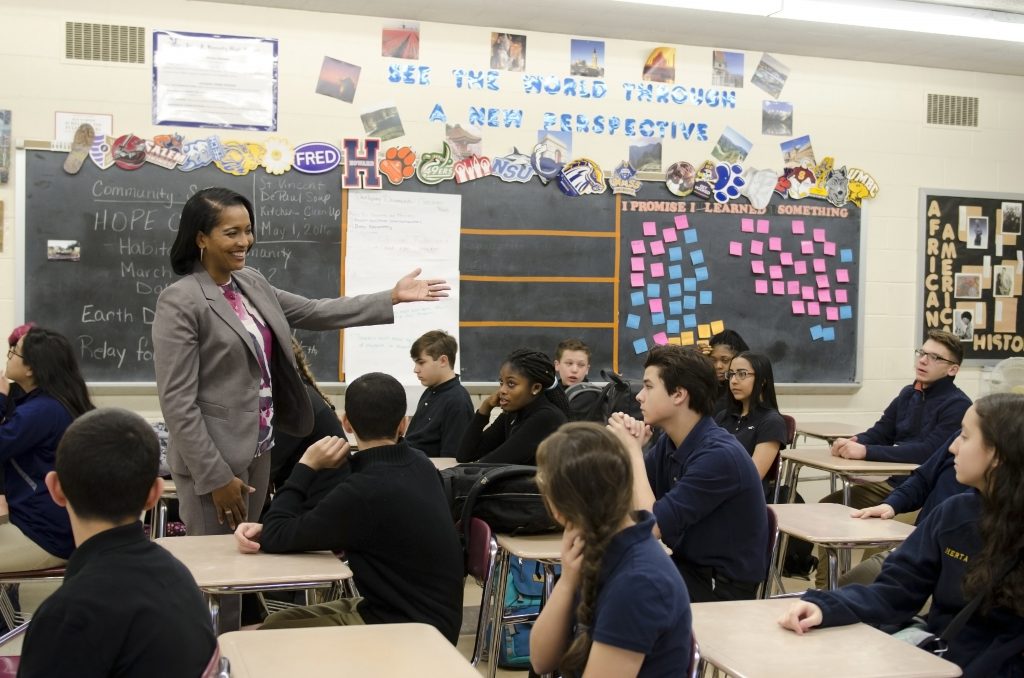 The Council of Chief State School Officers today announced that Southern alumna Jahana Hayes, ’05, a history teacher at John F. Kennedy High School in Waterbury, Conn., is the 2016 National Teacher of the Year.

Hayes’ route to teaching began as a student. The first in her family to graduate from college, she was inspired by her teachers who urged her to dream bigger and who believed that she was college material, despite a challenging upbringing. She earned an associate degree from Naugatuck Valley Community College, a bachelor of science from Southern, a master of arts from Saint Joseph University, and a certification from the University of Bridgeport.

A veteran history teacher, Hayes also sees herself as an advisor, counselor, confidant and protector. She endeavors to fill the role her own teachers had in her life, guiding students to be their best selves and encouraging them to take ownership of their communities. 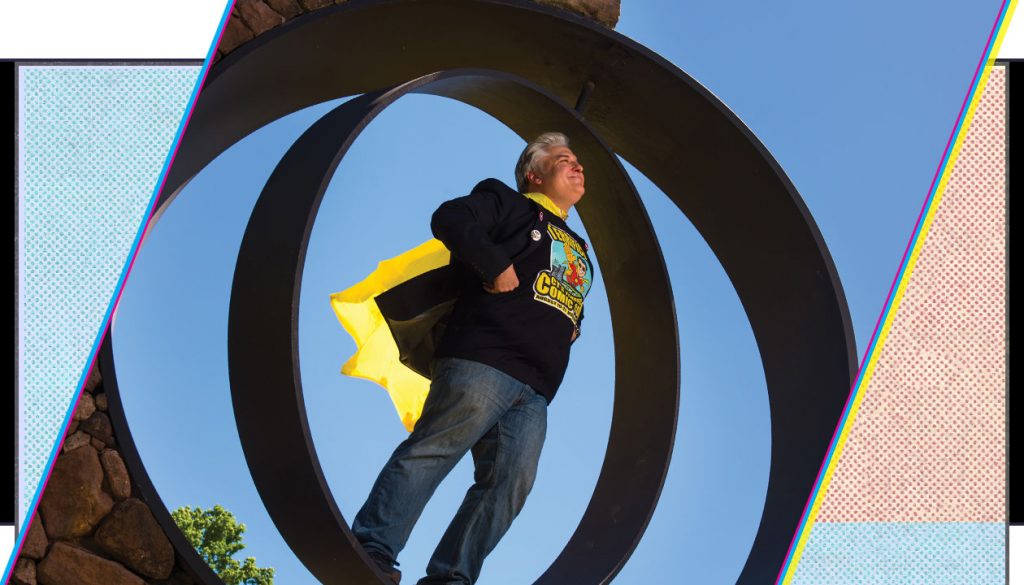 TerrifiCon™ founder brings the world of comic books to his fellow fans — because with great power, comes great responsibility.
A young Mitch Hallock, ’89, was sitting in his dad’s parked car on the day destiny came calling. It was the early 1970s and the 5-year-old had been left alone, happily perched on the bench-style front seat while his dad ran into the neighborhood pharmacy to buy a pack of cigarettes.

Hallock will celebrate his 50th birthday this summer. But he still recalls the moment with picture-perfect clarity: “I was looking at my dad through the store window. There was a spinner rack next to the register, and I saw him picking out a few comics — a Batman, a Shadow, a Spiderman. He came back to the car and handed them to me. ‘I had these when I was a kid,’ he said. My grandmother had tossed them out when he joined the service. ‘Don’t ever throw them away,’ he told me.” 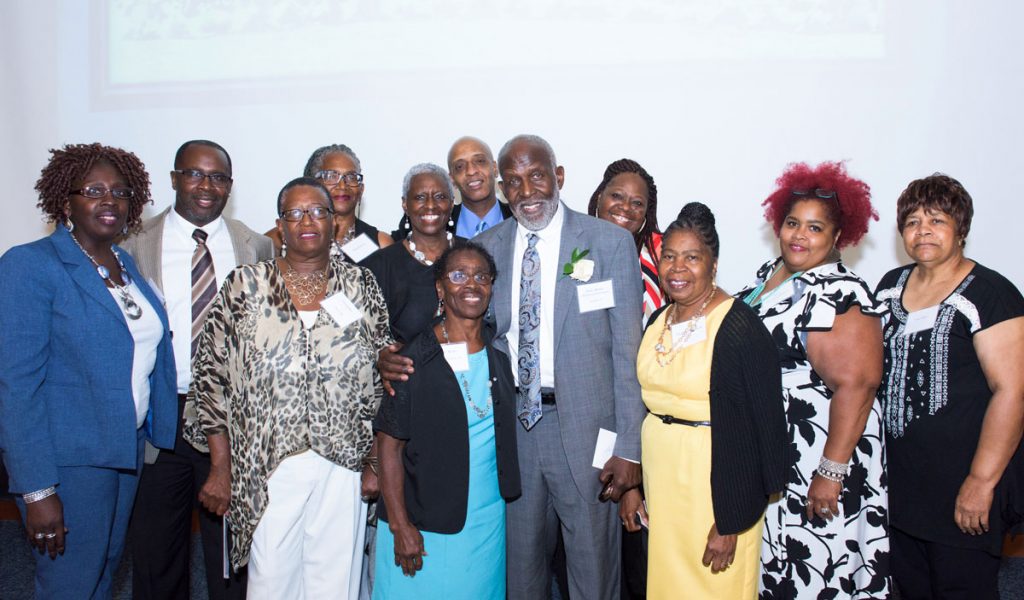 For more than 50 years, James Barber ‘64, M.S. ’79, has given dedicated service to Southern Connecticut State University and its students. He was recognized by the SCSU Alumni Association with its 2016 Distinguished Alumnus Award on Friday, Sept. 9 at a campus event attended by more than 300 family members, friends, and fellow alumni.

A record-setting hurdler as a student athlete, Barber went on to become a successful Owls coach for almost 25 years, training numerous track champions and many All-Americans. His expertise also saw him coach both the men’s and women’s USA track teams at national and international championships.

In 1971, Barber launched Southern’s first Summer Educational Opportunity Program, which over time successfully opened the door to a college degree for scores of minority students. He also led the university’s affirmative action office, served as director of student supportive services for more than 20 years, and now helps to advance Southern’s mission as director of community engagement.

Many of our alumni successes are made possible by the generosity of our donors: other alumni, friends of the university, parents, community partners, faculty, and staff. We thank you for making our students' success possible.

Please take the opportunity to make a difference -- on behalf of our students.